Nigerian Female dj, DJ Frizzle real / full Name is Frances Tamunonengiyeofori  Higgwe born on 24th February 1990 and hails from Kalabari , Rivers State. she is Nigeria’s No1 Female DJ, Engr with Msc, Songwriter,
Producer and Singer. She
is the first child of her parents and only girl. Dj Frizzle Graduate from Department
of Environmental Engineering at the University of Portharcourt.

She hit the limelight when she did the female version of ‘Wizkid’s Holla At Your Boy’ titled ’Don’t Holla At Me Boy’ and Frank D’Nero (Cure my craze Crooner) is her half-brother.

DJ Frizzle started DJing at age 16 , had been DJ for Uniport Radio FM 88.5FM. . With
her exceptional spinning skills, she has been features on top tv
channel , MTVBase Official Club chart . She is also the official DJ for
Mr 2Kay’s and VJ for Cool TV. 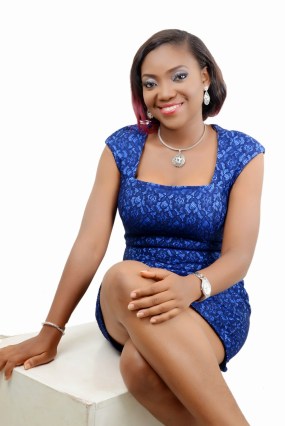 Dj Frizzie has just recently been nominated for one of the
categories of the ELOY (Exquisite Ladies Of The Year) Awards 2014.
DJ Frizzie is so in touch with her roots and environment around
her that she sets aside time for some charity work and was involved in
‘THE RELIEF ARK ON THE #REACHKIDS PROJECT’ for an orphanage home in Port
Harcourt and also worked with ‘IYANYA FOUNDATION IN COLLABORATION WITH
CHARITY LOUNGE FOR THE #THENATURALCHILD EDITION FOR DOWN SYNDROME
CHILDREN’.
And the Last Big One, DJ Frizzie had always wanted to be a pop
star and was just Frizzie at that time. Even released 2 singles, – ‘My
Heart’ & ‘Don’t Holla At Me Boy’, a remix to Wizkid’s “Holla At Me”
before she decided to chase a career as a Disc Jockey first, though not
giving up as a music artiste yet.